skip to main | skip to sidebar

Among the various festivals available, I had decided to attend the Beerfest Asia 09. This event is hosted behind the Singapore Flyer. The purpose of this event is to provide an opportunity for people to showcase and taste the different kinds of beers. Beerfest Asia 09 was held between 29th April - 3rd May which is on the week of labour day so that everyone will have time to attend.

The festival that i'll be using to compare with Beerfest Asia 09 will be the OktoberFest which is held at Munich, Germany annually. The scale of both festivals are wide apart as Beerfest Asia is only a major event currently while the OktoberFest is a Hallmark and even to the extend of a Mega-Event. However, by comparing such different scale events together, we will be able to learn and improve much more.

We made our way down to beerfest on 29th April and entered the site at around 8pm after showing our Matric cards and tickets. There were tentages and toilets on both sides of the road with barricades surrounding the area. We went around exploring the place first before exchanging for the 'beer fest currency'. Details of the activities will be addressed in each segment of the promotion strategy. 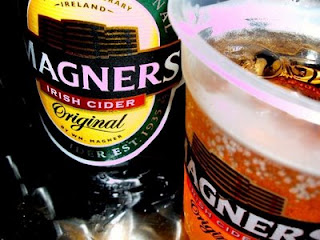 The product of this event will be the different kinds of beers from different countries. With over 100 kinds of beer gathered in a single venue, this is definitely a must-visit place for beer lovers.

We tried out a couple of beers namely 'Pure Blonde' which tasted rather bitter and 'Magners' with a much more acceptable flavour. Standing right at the peak among all other beers, its the DeuS (Brut des Flandres), which is the most expensive beer in the world usually favoured by royalties.

For OktoberFest, they have their own brew of beer offered litre by litre with many different traditional cuisines to go with it as well. 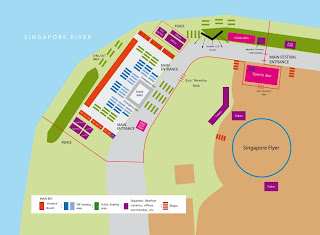 BeerFest is held at an empty space used for F1 previously behind the Singapore Flyer and faces the Marina Barrage. It is just a 15minutes walk away from Citihall MRT which is rather convenient. The site is mainly consists of outdoors tentages and mobile toilets with barricades surrounding the area. The atmosphere is exciting and fun with bands performing and people dancing in the middle.

OktoberFest is held at Munich, Germany takes up most of the city. The area is much bigger and therefore provides much more quantity of beer. It is also built with tentages.


Partnerships
BeerFest cooperated with many companies to bring together and showcase their beers. Singapore flyer joined hands by offering venues for them to host the event as well. They also have partnership with Citibank as they offer 15% discount for Citibank Clear Platinum card holders and 10% discount for other Citibank credit card holders on the price of the entrance tickets.

In the case of OktoberFest, they have partnerships with many of the local companies to offer beers and local cuisines as well.

Promotion
BeerFest launched their promotion campaigns through the use of media, internet and word of mouth. Advertisements were seen on newspapaers such as StraitsTimes and on Radio stations as well.
The official web for Beerfest is www.beerfestasia.com, which provides important information such as the programmes,location and prize of tickets for potential consumers to browse at their own leisure time.
Lastly, through word of mouth, whereby people pass this information on by telling their friends. This is also how i came to know about the festival, when my friends told me about it.

OktoberFest is already an reknown event with rich history thus not much promotion efforts is needed. They have a website www.oktoberfest.de/en/ which also serves the same purpose. The rest includes media and word of mouth as well. 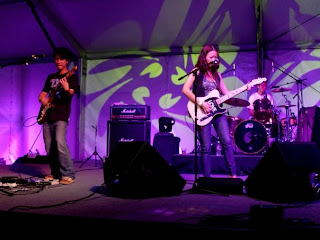 The programmes at BeerFest are spectacular as there are band performances, DJs and dancefloor. There are also various games like arm wrestling and pool to interact with the people for them to win prizes. The finale is a performance by FHM girls whereby they dance and the audience will vote for the best by making the loudest noise.

We spent most of our time chilling out at one of the booth trying out their beers and chit-chat until we were asked to move away as they are only limited seats in the booth. After that we went to watch the band performances which were really bringing the atmosphere of the place up. After the performance by the various bands, there was a dancing session whereby the DJs will play music and everyone just dance to their hearts desire. Lastly, it was the FHM girls performance. Every company will send a girl to represent them and try to win the hearts of the people. The hot dance moves they did managed to rouse everyone's mood and people were cheering left, right and centre.

In OktoberFest, there are many performances and competitions as well. Every tent will its own performances as it is a large scale event. There is also an amusement park with fun rides for people to enjoy. 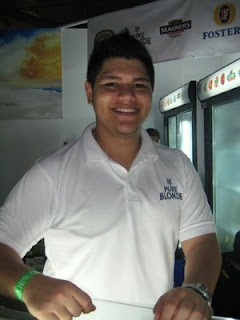 The cast of BeerFest are the staffs responsible for ticketing and security, vendors for food stall and beer booth, and the beer girls and performers.
The security staff are in charge of the safety around the event and make sure that they are no drunk troublemakers while the ticketing staff will take care of checking that everyone have purchased the tickets before they are allowed to enter. They are also involved in the exchange of cash to the BeerFest currency.
Food and Beer vendors are tasked with facilitating the sales of food and beer. The beer vendors will introduce the types of beer that they are promoting at the event.
Beer girls will walk around taking photos with people and ask them how they feel about the beer while performers will entertain the people and enhance the overall experience.

The audience of the BeerFest will definitely be beer lovers of all nationalities and ages.

As for OktoberFest, the cast and audience are the same except that they vary in quantity and quality.


Packaging & Distribution
The sale of tickets are taken care of by BYTES TICKETING. Other then early birds discounts, there are special prices for students, NSmen, SAFRA members and senior citizens as well. People can also buy tickets in bulks of more then 50 for special discounted prices.

In OktoberFest, their tickets are sold by external intermediaries as the sale of tickets is on a whole other scale where the capacity is much higher. 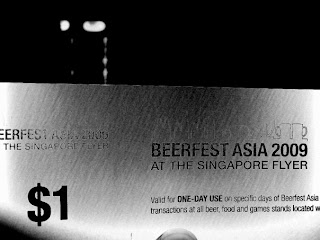 BeerFest only accepts its own currency which can be purchased with cash. The price of beers sold there are from $3 onwards.
The price of tickets differs as there are different concessions and early birds discounts. Our tickets cost $13 each as we ordered tertiary students tickets through Citibank credit card. The price is well worth for the enjoyable time that we had spent there.

In OktoberFest, BeerFest currency are replaced with Beer tokens for people to make their transactions.


BEST PRACTICES
The best point of BeerFest is the variety of beers available at special prices. It is a perfect chance for Suppliers to promote their beers and conduct market research on the consumers. This is also the perfect opportunity for a small country like Singapore to be exposed to beers from other countries.

The best part of OktoberFest will instead, be the people. As the OktoberFest is able to attract such a large amount of people, it will able to create a social impact for beer lovers to make more like minded friend. People are coming from all over the world to attend this event and thus, will be able to create more chance for people from different countries to know each other and increase business opportunities.

STAKEHOLDERS
The Stakeholders in BeerFest are the host organisation, host community, sponsors, media, staffs and audience.
Host organisation are in charge of bringing together the beer suppliers to set up their booths.
Host community will be the Singapore Flyer as it offers the venue to host BeerFest.
Sponsors are Citibank and other various organisations that supports the event by contributing financially or by aiding it in its marketing campaign.
Media includes newspaper, megazines and radio stations.
Staffs are all the workers that are involved in the planning and execution of the entire event.
Lastly, the audience are people that attends and participates in BeerFest which will be able to directly reflect the success of the event.

MAIN PURPOSE
Main purpose of this event is to provide a place for beer lovers and suppliers to taste and promote their beers. Beer lovers are able to taste beers that can only be found in other countries while the suppliers will be able to introduce their beers and conduct market research in order to expand their market. It is also a event to improve the social aspects in society by hosting the event for people to just chill out and have fun with their love ones. Lastly, we are able to raise the country's profile to the world as well as we are hosting the BeerFest Asia in our country.

TOURISM BENEFITS
Although the hosting of BeerFest Asia managed to attract some foreigners into the country, it is rather minimal. On the day we went, we saw very few tourists/foreigners and the majority were locals. This may be due to the lack on marketing efforts thus the tourism benefits brought to Singapore is not very successful. 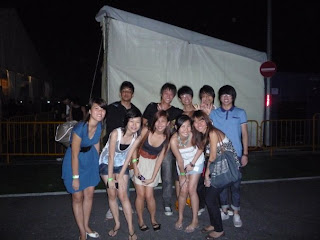 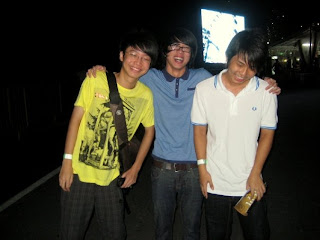 In conclusion, i feel that BeerFest Asia is definitely successful in providing a place for people to experience different kinds of beers and enjoying themselves. I definitely had a great time there with my friends tasting the beers, chit-chatting, chilling out and watching the performances. I would definitely visit BeerFest Asia again next year.
Posted by cheng yu at 6:44 AM No comments: